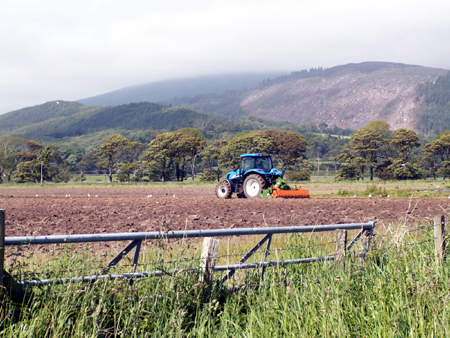 How will Scotland fare in the latest CAP Reform?

How CAP reform will impact on Scottish agriculture is the focus of an SAC/James Hutton Institute conference in Edinburgh today (24th February 2012).

The event features discussion about the ways in which Scottish farming may be able to adapt to the reforms and remain productive and profitable post-2013.

Guests will hear evidence from the current Scottish Government research programme and learn about successful examples from other countries. The aim is to explore different options for farmers, including improving efficiency, adding value in supply chains and maximising returns from environmental goods.

‘In our View’ and panel discussion sessions feature representatives from a wide range of organisations including Scottish Land and Estates, Quality Meat Scotland, NFUS, SAOS, the RSPB and Brian Pack, chair of the 2010 Inquiry into future agricultural support for Scotland.

Look out for a post-event review which will appear here shortly.

Published on 24 February 2012 in Sustainability and Communities , Climate, water and energy