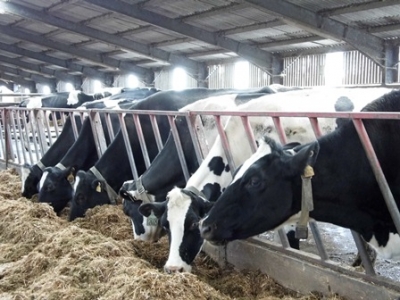 The seminar focused on responsible livestock farming systems within the EU and highlighted the importance of investment in innovation and knowledge transfer.

The seminar attracted a large audience of industry, research and policy players from across Europe, building on the Animal Task Force's growing role as a major forum for consensus on action to support Europe's livestock sector.

Scottish MEP and former NFUS President George Lyon set the political context for responsible livestock farming systems. He acknowledged they contribute over €130 billion a year to the European economy and account for 5% of EU jobs, but remarked they have been under-valued by policy-makers, until now.

“The challenge of feeding a growing world population with less resource and lower environmental impacts has changed the political debate," he said. “We have to move to a more sustainable yet competitive livestock model, needing greater investment in better innovation, improved genetics, precision farming systems, better housing and improved welfare.”

In his presentation Alistair Stott argued that the future for responsible livestock farming lies in understanding and resolving trade-offs that will inevitably occur between the three pillars of sustainability: economic, environmental and social. He emphasised the need for appropriate interdisciplinary research into agricultural systems, work SRUC specialises in.

He cited SRUC research examples to make his point that in addressing trade offs it was vital to consider efficiency. For example, work at the Dairy Research Centre has shown that sometimes high forage diets can give the highest technical and environmental efficiency but with greater variability from year to year than low forage diets. Meanwhile, at the Hill and Mountain Research Centre greater intensity of production may improve welfare, food output and possibly the environment, but the costs of such improvement may exceed the benefits in terms of farm profitability. Alistair argued it was important that the data be collected and presented in such a way that farmers can better understand and control the relationship between inputs and output.

Published on 14 November 2013 in Sustainability and Communities , Food, health and wellbeing