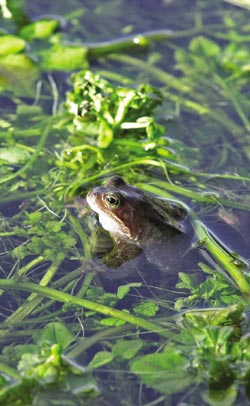 Capture The Changes In Rural Scotland

Citizens of Scotland are being challenged to photograph a rural scene which captures the changes in rural Scotland, to be collated for future generations. The 2010 Macaulay Land Use Research Institute "How is Rural Scotland Changing?" photographic competition is designed to illustrate the public’s awareness of rural changes which are taking place. Winners will receive a Braemar Safari ticket for two plus £100 and runner-ups will receive a £50 photographic voucher.

The competition will be judged in two categories, 18 year olds and under and 19 year olds and over. Photographs entered should reflect the individual’s interpretation of the changes that are taking place in Scotland in relation to one or all of the following issues; Water, Landscape, Climate Change, Rural Society, Soil and Wildlife.

Jane Lund, Events Manager at the Macaulay says, "With this particular competition, we are interested in collating images which highlight the changes in rural areas of Scotland which are evident to the general public. This may refer to a personal experience or perhaps a visual difference to a landscape for instance".

Entries will be judged by BBC’s Out of Doors presenter Euan McIlwraith, Lesley Ferguson, head of collection at the Royal Commission on the Ancient and Historical Monuments of Scotland, Andrew O'Brien, picture Editor at the Scotsman, and the Macaulay’s chief executive, Professor Richard Aspinall.

The competition has been divided into two separate categories; 18 and under, and over 19years. The closing date for the competition is Friday, 2nd April 2010.  Entry forms and further details about the competition can be found here or by contacting 01224 395065.

Published on 22 February 2010 in Climate, water and energy , Ecosystems and biodiversity