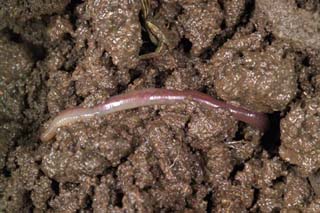 Scottish Scientists Dig Around For Worms

Although humble, the earthworm is in fact better described as an "ecosystem engineer" as they are key organisms in the soil due to their ability to influence soil structure through burrowing and at the same time aerating and providing drainage channels for water.

And, as Charles Darwin first observed over 100 years ago, earthworms also provide the soil with "natural compost" by recycling plant material.

Such is the importance of earthworms to Scotland’s soil, scientists from SCRI, Scotland’s leading crop research institute at Dundee and the Macaulay Land Use Research Institute in Aberdeen are joining forces to conduct a nationwide survey of them.

During the early 1990s, scientists at SCRI carried out the first ever national earthworm survey of Scotland and this new research will revisit exactly the same sites at 100 farms across the country. This will enable the data to be compared with the baseline 1990s study and used to determine whether, for example, climate change is impacting upon these crucially important ecosystem engineers.

It is the only scientific survey of its kind that has been conducted in the UK as no equivalent surveys have been carried out in England and Wales.

The current survey will investigate whether changes in climate have had an impact on the number of earthworms and whether any other factors may be affecting their numbers.

The survey will be conducted by Dr Helaina Black of the Macaulay and Dr Roy Neilson of SCRI, who explained why earthworms are crucial.

"The paths of the horizontal and vertical earthworms cross; creating important natural drainage channels in the soil. If there is a reduction in the earthworm population there would be less natural drainage and that combined with increased rainfall caused by climate change could result in more flooding."

The Scottish Government also recently launched The Scottish Soil Framework, which aims to promote the sustainable management and protection of soils consistent with the economic, social and environmental needs of Scotland. It alongside a forthcoming EU directive on soil quality makes the survey even more important.

"The EU is in the process of producing a directive on soil quality, much like the water quality directive, which will require member states to demonstrate that their soil is healthy. A vibrant earthworm population plays an important role in this too by naturally composting materials in the soil," continued Dr Neilson.

"The results of this survey will help ascertain the health of Scotland’s soil and soil-based biological databases like this one are unique, placing Scotland at the forefront of soil ecology and climate change studies" he added.

Published on 29 September 2009 in Climate, water and energy